Drastic tools provide closed captioning support for 608, 708, OP-47, RDD-08 and subtitling SD/HD captions.  Both 608 and 708 captions can be captured, displayed, verified and converted.  When capturing files, closed captions are captured into MXF, MOV, and other formats, as well as sidebar MCC or SCC files.  The SCC, MCC or in-file captions provide for direct editing in products such as Premiere, Vegas and PC/MacCaption.  Captions can also be played, verified and converted from the caption streams embedded in MPEG/h.264, MXF 436, QuickTime and others, as well as the SCC or MCC caption files to SCC, MCC, AAF (for Avid) and other formats.  We also answer the question: 'Why are they called 'closed captions?'.

Why They Are Called Closed Captions

They are called 'closed' captions because you need a decoder to see them, and you need to turn them on in the TV or application.  'Open' captions would be burnt in subtitles that cannot be turned off.  The term closed captions has expanded to include any method of sending text along with video that can be enabled or disabled by the viewer. While this includes subtitles as well, the term subtitles generally is reserved for captions that are in a different language from the audio in the media.

There are many ways and file formats to contain the captions, but for broadcast there are 4 main types of captioning data:

Drastic software supports all the most common closed captioning types like MPEG-2,  h.264. MXF 436, MOV and AAF/MCC/SCC.  For a current list of formats and capabilities, please see this article.

Net-X-Code Server supports capturing of closed captions from line 21 in SD or KLV 436 in HD.  These captions are saved as a sidebar SCC or MCC file.  They can also be saved in MXF as SMPTE 436 data.  Optionally, they can be saved as a track in an MOV.  Because the sidebar SCC/MCC files override any internal tracks, they can also be used to replace existing closed captioning for playout.  MCC/SCC are supported in Premiere, PC/MacCaption and other tools.  For Avid, ccConvert can convert them to AAF data track files. 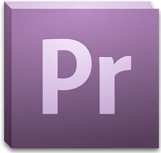 ccConvert supports extraction of most caption types to MCC, SCC and Avid AAF Data files. It uses ccExtract to extract these files from supported file formats. It uses the ccEmbed utility to embed SCC and MCC files. ccConvert also supports converting 608 captions to 708 and vice versa.

Omneon, Grass Valley, Harris and Pinnacle Servers DrasticPreview, MediaReactor, MediaNXS and Drastic DDR have all been designed to integrate directly into varied workflows, including ones featuring devices that... Drastic

Metadata, Information and Asset Management MediaReactor and MediaReactor Workstation provide tools to read and convert XML and even re-write metadata in media files.  The metadata can be made availa... Drastic